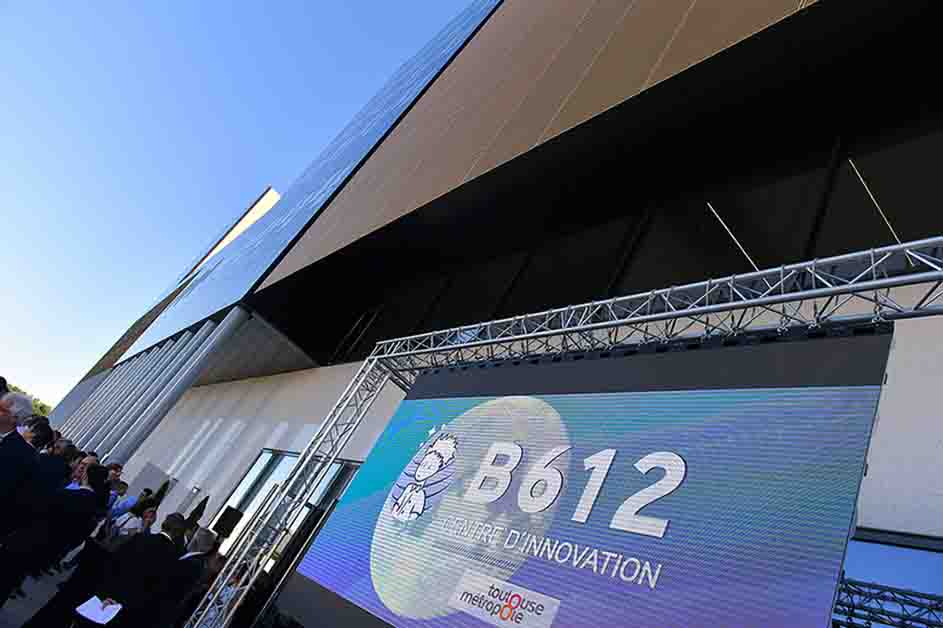 On Monday 25th of June, many people gathered for the official B612 Building inauguration organized by Toulouse Métropole. In the presence of family descendants of Antoine de Saint Exupéry as well as the initial project investors, and of course the building’s first occupants: Aerospace Valley, ESSP and IRT Saint Exupéry. A premiere of the official building promotion video was shown, where the first occupants of the building had the opportunity to share their views about life in the B612 ecosystem.

Also present at the building inauguration were many esteemed officials who took the time to speak about the important role of the B612 building and its occupants.

After a cocktail dinner and a visit of the B612 building, participants had the opportunity to watch an artistic show put together by the Deus Ex Machina Company.

This event is the end result of a 2 year project initiated by Toulouse metropole in order to create a space dedicated to R&T projects and promote Toulouse at an International level.

The IRT Saint Exupéry collaborators felt straight at home in the B612 Building, thanks to the high-quality building design and specification.

The B612 is a technical and symbolic building that will be a hub of R&T research for Toulouse.After the official inauguration, the B612 opened to the public, allowing the population of Toulouse to discover the B612 Ecosystem, and its occupants. IRT Saint Exupéry presented the R&T activities in an accessible, playful way to interact with the general public. This event was the opportunity to promote the IRT and show the importance of R&T projects in the aeronautics, space and embedded systems industry.

B612 Building inauguration, discover our new offices on video